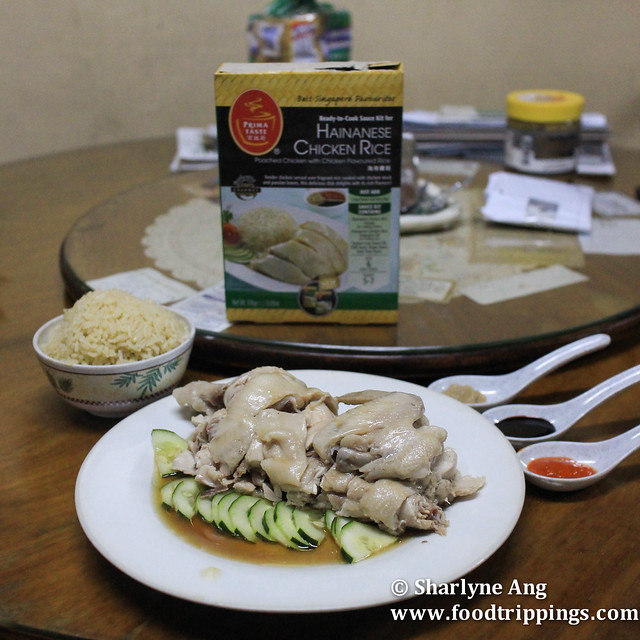 Here in Manila, we would get our Hainanese Chicken craving satisfied at Wee Nam Kee, or Boon Tong Kee. We have tried others but these two are our favorites. Just recently, we received various sauce packs from Prima Taste. One of the sauce packs that we have received is the Hainanese Chicken Rice set. I take the chicken out of the vacuum sealed packaging. I have most of my food pre-vacuum sealed because it keeps everything fresh. Read more about vacuum sealers from vacuumsealerresearch.com

The Prima Taste Hainanese Chicken Rice pack is recommended for those who are cooking the dish for the first time since it already includes the recipe.

According to the Prima Taste recipe, here’s the main ingredients that you need:

For the condiments, you would need the following: 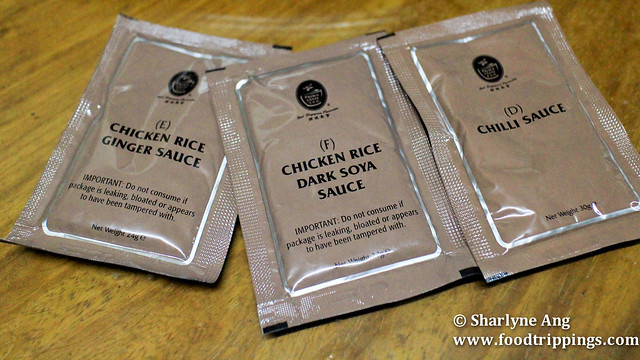 For the soup garnish, you would need the following:

1) Cook Chicken and Stock
Fill stock pot with 2.5 L of water, add Hainanese Chicken Rice Premix and bring to boil on high temperature. Submerge chicken into the stock with its back facing up. Lower temperature and simmer for approximately 30 minutes.

2) Remove chicken from stock pot and chill in ice water for 15 minutes. Drain well, set aside chicken and chicken stock.

4) Stir rice gently after 5 minutes and continue cooking. When cooked, fluff rice gently with chopsticks (while loosening rice), avoid the bottom of the rice cooker). Leave at “Keep Warm” setting for 10 to 15 minutes.

5) Put the whole packet of Sesame Soya Sauce Oil in a pot of boiling water and boil for 2 minutes. Remove from heat, cut open the packet and pour into a bowl. Set aside at room temperature.

The recipe is actually good for 4 to 6 people.